The United States is closer than ever to beating Covid-19, with half the country vaccinated and more restrictions lifting.

But we’re as far as ever from knowing how this virus, which shut down the world, came to be — which is as frightening as anything, since there’s growing suggestions that it didn’t just occur naturally, as many experts have long argued.
The US, with increasing urgency, is calling for more study, warning about the stakes for future pandemics, and more openly considering the idea that mistakes or an accident in a Chinese lab caused the Covid-19 pandemic.

A US intelligence report found that several researchers at China’s Wuhan Institute of Virology fell ill in November 2019 and had to be hospitalized, a new detail about the severity of their symptoms. It’s not clear the researchers contracted Covid-19 and the lab strongly denied the report, calling it a lie to push the so-called lab-leak theory for the disease origin.
The US had actually provided some funding for the study of coronaviruses and their transmission through bats, which had made it to the Wuhan Institute of Virology.
On Capitol Hill Tuesday, Dr. Anthony Fauci, the director of the National Institute of Allergy and Infectious Diseases, said it would have been a “dereliction of duty” not to fund earlier coronavirus research in bats in China.
“You don’t want to study bats in Fairfax County, Virginia, to find out what the animal-human interface is that might lead to a jumping of species,” Fauci said, adding the US had to go “where the action is.”
Separately, at the White House, Fauci said many scientists still believe the disease occurred naturally, but it’s also imperative to get to the bottom of it with more investigation.
An adviser for the World Health Organization, Jamie Metzl, said the lab-leak theory is possible while scientists were “poking and prodding and studying” viruses with the good intention of developing vaccines.
“Then I believe what possibly happened was there was an accidental leak followed by a criminal cover-up,” said Metzl, who served in the Clinton administration in the US Department of State and is a senior fellow at the Atlantic Council.
Fauci, the top infectious disease expert in the US, also said this week he is not convinced the disease occurred naturally and pushed for more investigation.

That is the takeaway here: There needs to be more investigation.

The official word on the origin of Covid-19 is not good enough.

An in-depth study conducted by the WHO with the Chinese government, published in March, explored different possible origins of the disease and concluded that while it was not yet provable how the disease evolved, it was likely it was transferred to humans either directly from bats, or more likely from an intermediate species that got it from bats and then passed it along to humans.
The WHO report argued the lab-leak theory was “extremely unlikely,” although it cited the lack of infected lab workers before December as an argument against the theory. The US intelligence report now suggests lab workers were sick earlier than December.
Further, even when it was published, WHO officials called for additional investigation and openness from the Chinese.

Early in the outbreak, which China did not appropriately warn the world about, Chinese officials blamed transmission on an early hotspot, a seafood market in Wuhan, although that seems now to be essentially a lie, according to Metzl.
In fact, there’s ample evidence the Chinese government tried to cover the existence of the virus up. In February, CNN published a look at whistleblowers and truthtellers who warned of the virus as it was taking hold, and who paid the price. Some have gone missing, others have been detained by Chinese authorities, while others contracted and died from Covid….

The rare lung disease is so complicated that its acronym is difficult to pronounce. However, for infants who were unfortunate enough to be born with this disorder, the outcome is generally fatal. Left: normal [...]

Researchers analyzed data on three variants of concern and found that viral loads were higher and infection lasted longer for the B.1.1.7 variant. They all were more infectious than the original strain, and transmissibility [...]

A higher-than-expected number of young men have experienced heart inflammation after their second dose of the mRNA COVID-19 shots from Pfizer/BioNTech and Moderna, according to data from two vaccine safety monitoring systems, the U.S. [...]

Probably you’ve heard about hacking smartphones, emails, cards, computers. Even hacking elections. But what about hacking your body? What?! This concept is called biohacking and it’s really all about self-improvement. The possibilities are endless, all around [...]

Over the course of the coronavirus pandemic, various conspiracy theories surrounding the COVID-19 vaccine have arisen, with one of the most popular pieces of false information being that the shots contain microchips. Now, scientists [...]

Scientists find drug duo that may cure COVID-19 together

COVID-19 continues to claim lives around the world and is infecting millions more. Although several vaccines have recently become available, making significant strides towards preventing COVID-19, what about the treatment of those who already [...]

People who have received the Pfizer vaccine have lower antibody levels that target the Delta variant, first discovered in India, than those that targeted previously circulating variants in the UK, new data suggests. The study found that [...]

Medical researchers with the Chinese army engineered mice with humanized lungs in 2019 to test viruses on them, it has been reported. The mice, developed using CRISPR gene-editing technology, were mentioned in an April 2020 study which researched [...]

Africa faces ‘rising threat’ of a COVID third wave: WHO

Healthcare systems across Africa are “far from ready” to cope with a fresh surge of coronavirus infections, with vaccine deliveries at a near standstill and cases surging in many countries, the World Health Organization [...]

All viruses, including SARS-CoV-2, the virus that causes COVID-19, change over time. Most changes have little to no impact on the virus’ properties. However, some changes may affect the virus’s properties, such as how easily it spreads, the associated disease severity, or [...]

Can people vaccinated against COVID-19 still spread the coronavirus?

People who recover from mild COVID-19 have bone-marrow cells that can churn out antibodies for decades, although viral variants could dampen some of the protection they offer. Many people who have been infected with [...]

British spies believe that the thesis that COVID-19 leaked from a lab in China is plausible and are seeking to recruit sources on the darknet as they investigate the claim, reported The Sunday Times. Sources [...]

Authorities in Vietnam have detected a new coronavirus variant that is a hybrid of strains found in India and the United Kingdom, an official said. Nguyen Thanh Long, the Vietnamese health minister, told a [...]

A team of German scientists believe that they have worked out why some people given the AstraZeneca and Johnson & Johnson vaccines against Covid-19 develop blood clots – and claim they can tell the manufacturers how to improve [...]

The United States is closer than ever to beating Covid-19, with half the country vaccinated and more restrictions lifting. But we're as far as ever from knowing how this virus, which shut down the world, [...] 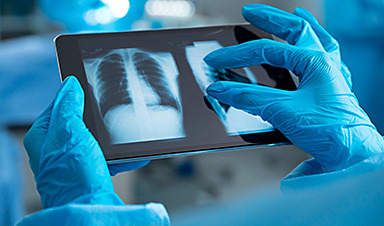 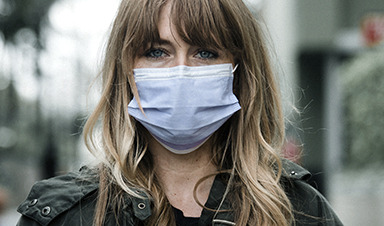 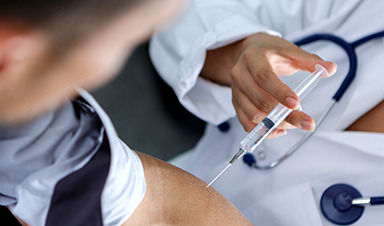 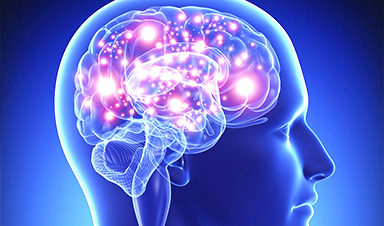 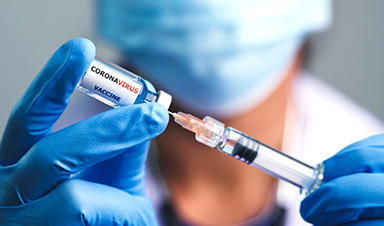 Scientists find drug duo that may cure COVID-19 together 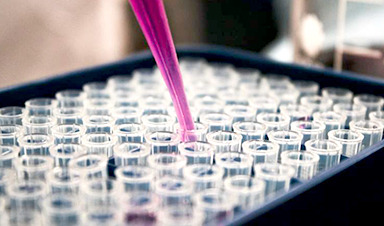