Loss of Bone Density and Mass under Microgravity

Another significant area of concern for human space travel relates to the loss of bone density and mass under microgravity. The bones of humans under the 1g gravity of Earth are in a continual state of flux as bones are constantly being renewed due to dynamic synergies between osteoclasts (bone-resorbing cells) and osteoblasts (bone-forming cells) (Figure 1). In healthy human adults there is an equilibrium between these processes; hence, the bone mineral balance (BMB) is ~0. However, this symmetry may be put into serious disarray, leading to disability or fatality, through the emergence of osteoporosis, multiple myeloma, or metastatic cancers.  For human space travel a capacity for the rapid and precise quantification of the BMB might be of considerable benefit to astronauts and future space explorers.

It was proposed by Morgan et al. that subtle changes in the BMB might directly and accurately align with bone metabolism as reflected by alterations in the concentrations of naturally occurring calcium (Ca) isotopes (e.g., 40Ca, 42Ca, 43Ca, 44Ca, 46Ca, and 48Ca) in the blood, urine, and soft tissues, and indirectly via Ca excretion through the kidneys. With an assumed average skeletal mineral mass of 3000 g and bone mineral Ca content of 32.2%, it was deduced that the average human skeleton (Figure 2) contains ~1000 ± 100 g Ca. An overall bone remodeling rate of 500 ± 100 mg Ca/d was estimated by Smith et al. in conjunction with an approximation for the rate of new bone formation (for both male and female volunteer subjects) of 190 – 635 mg Ca/d. In a follow on study by Smith et al. of 16 astronauts on the MIR space station, it was determined that their median bone formation rate was decreased from 490 ± 153 mg Ca/d pre-flight, to 434 ± 194 mg Ca/d under microgravity during spaceflight. 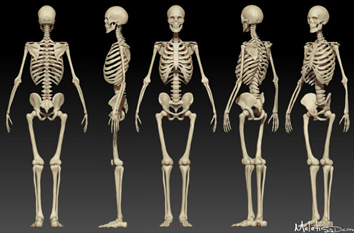 The composition of bone comprises 60%–65% hydroxyapatite (Ca10(PO4)6(OH)2) (Figure 3), (calcium phosphate in its most stable form), chondroitin sulfate, keratin sulfate lipids, and collagen. Since bisphosphonate drugs have an affinity for, and are active with bone matrices, they are employed as therapeutics for osteoporosis and other bone diseases. Further, fluoride (F−) is one of the only substances with the capacity for the generation of new bone matrices and mineral at inactive sites. Current challenges as to the delivery of these therapeutics include that, when administered orally, bisphosphonates are not efficiently taken up in the gastrointestinal tract, and F− (typically given orally as sodium fluoride (NaF)) results in toxicity.  “To boost the maintenance and repair of bones for humans involved in space travel, nanometric delivery reservoirs might be engineered to enhance the bioavailability, safety, and efficacy of existing therapeutics. Initial novel nanoparticles, giving way in the future to dedicated nanomedical devices, may be employed in the prevention and mitigation of bone loss, and if necessary, for the periodic rebuilding of bone mass.” (Boehm) 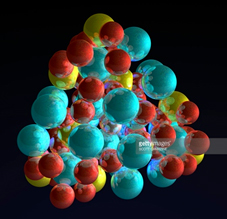 Electrospinning, (Figure 4) which entails the application of a voltage to the needle of a syringe that dispenses a polymer melt onto a plate-like, or rotating drum electrode in the production of nanofibers, may be used to create unique scaffolds. Investigations into electrospun electrically conductive polymeric nanofibers (biodegradable poly-dl-lactide (PDLLA) infused with multi-walled carbon nanotubes Ø10 – 20 nm x 10 – 20 μm long), and nanoscale topological features were conducted by Shao et al. to elucidate their utility in facilitating the growth and proliferation of osteoblasts. 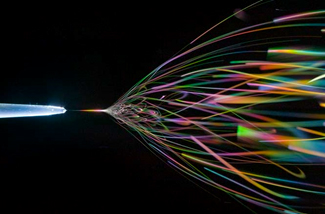 It was found that aligned nanofibers enhanced the elongation and orientation of osteoblasts in contrast to randomly organized nanofibers. It was observed by Badami et al., subsequent to an investigation of MC3T3-E1 cells (mouse osteoblastic cell line) on electrospun poly(lactic acid) and poly(ethylene glycol)-poly(lactic acid) diblock copolymers (~Ø140 nm to 2.1 μm) that “topographical factors designed into biomaterial scaffolds can regulate spreading, orientation, and proliferation of osteoblastic cells”. Further investigations have employed nanoscale surface topologies encompassing grooves, pits, ridges, and pillars, toward the further elucidation of their impacts on behaviors of cells. (Flemming et al., Curtis and Wilkinson, Rutledge and Jabbarzadeh, Klymov et al.)

The preservation of bone mass, density, and strength under microgravity coupled with exposure to ionizing radiation, will be essential for astronauts as bone mass losses can range from 1% – 1.6% per month from the “spine, femur neck, tibia, trochanter, calcaneus, and pelvis”, and from 0.3% – 0.4% per month from the legs and overall body. (LeBlanc et al.) In its early iterations, the nanomedical therapeutic maintenance and rebuilding of bone may entail the nanocarrier enabled delivery of bone rebuilding elements such as parathyroid hormone (PTH 1-84), human recombinant PTH peptide 1–34 (Teriparatide), oligodeoxynucleotides (ODNs),  collagen type I fibers, and hydroxyapatite nanocrystals (~0.74 nm x 11.0 nm x 14.0 nm).

With the advent of sophisticated molecular manufacturing, future medical personnel may prescribe a bone mass replenishment therapy that involves the deployment of perhaps millions of autonomous “osteolaminals” (Figure 5).  These conceptual nanomedical devices might effectively “topdress” the thinning bones of astronauts with multiple ultrathin laminated layers of bone rebuilding materials toward the maintenance and prospective enhancement of bone mass, density, and strength.  “Each nanodevice would contain an onboard complement of specific molecules that have robust binding affinities for bone-resident minerals, which can be externally displayed for affinity-based targeting purposes. Their slender/streamlined morphologies may allow them to traverse bone/tissue interfaces at an intimate proximity to bone surfaces (hypothetically) beneath the periosteum (a resilient osteoprogenitor cell-resident membrane that encases all skeletal elements) in an organized fashion as semi-parallel arrays that might form travelling segmented “rings” to circumscribe bones that are in need of repair or reinforcement.” (Boehm) 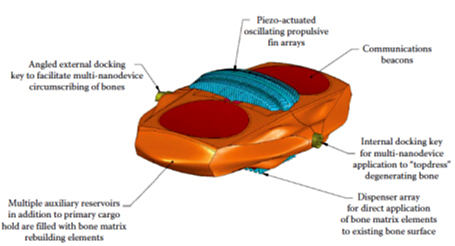 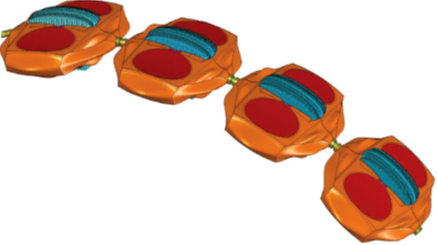 Figure 5: (a) Artistic representation of conceptual autonomous “osteolaminal” nanomedical device
(b) linked osteolaminals that might circumscribe and progressively “topdress” bones
that have been degraded by microgravity and ionizing radiation (Image credit: Boehm)