Frank Boehm’s book Nanomedical Device and Systems Design, Challenges, Possibilities, Visions endeavors to explore and present concepts for advanced nanomedical components, devices, and systems that may emerge over the next ~10-30 years. One of these nanodevices is called the Vascular Cartographic Scanning Nanodevice (VCSN) (Figure 1), which would be manifest as an autonomous, ~1 micron in diameter nanomedical device. 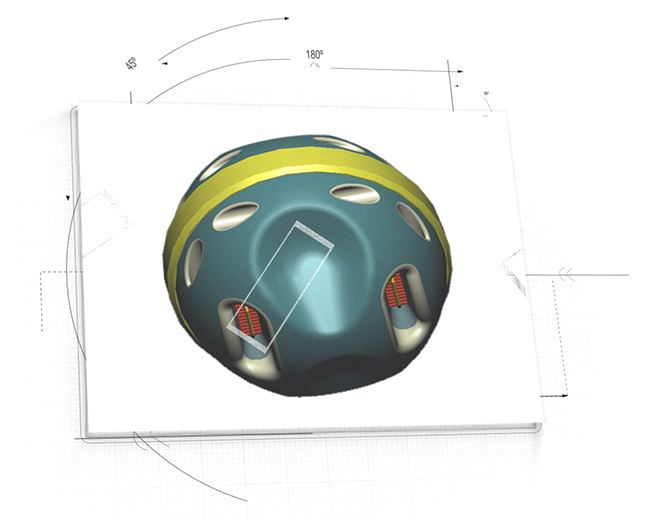 Up to perhaps many thousands, or tens of thousands of VCSN nanodevices might be introduced into the patient intravenously, via ingestion as a pill, through inhalation, transdermally using a patch, or migrate in vivo utilizing a topical gel. Once within the patient their purpose would be to rapidly scan the entire human vasculature down to the smallest capillary lumen (~3 microns in diameter) in ultrahigh-resolution (sub-micron) three-dimensional (3D) digitized format. At all times they would be under the complete control of the surgeon or physician via “outbody” computer commands. Some of the capabilities of the VCSN are listed below:

A number of advantages of the VCSN include:

The Gastrointestinal Micro Scanning Device (GMSD) (Figure 2) will serve as far less complex precursor to the VCSN as it will not have the capacity for propulsion or navigation. It might, however, employ nascent forms of quantum computing, nanoelectronics, spatial data acquisition, and Pixel Matrix (see below) technologies that are envisaged for the VCSN. Hence, in addition to serving as formative in vivo spatial data acquisition device, the GMSD may also have utility as a test bed of sorts that is employed to identify and resolve technical, integrative, and functional issues toward the development of the VCSN. 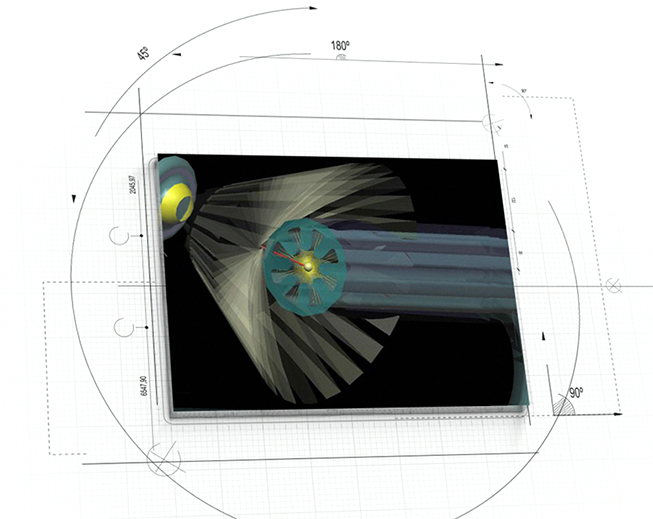 The GMSD system will consist of three distinct components that work in unison to generate very high-resolution 3D topography of the entire internal surface of the GIT. The GMSD would accomplish this task by utilizing:

The operational procedure for the GMSD would be relatively simple to implement, as the BB would be introduced orally to the patient in the same manner as a pill. Subsequently, an adhesive waterproof thin film PGDT patch would be affixed to the skin of patient’s abdomen. At this juncture, a system calibration would be performed to ensure that the communication link between the BB and the PGDT is functioning properly. An initial test scan would also be conducted in order to configure the image resolution. The PGDT would emit a unique pulsed signal (e.g., ultrasonic, near-infrared), which when received by sensors embedded within the surface of the BB would trigger all of the embedded emitters/receivers to fire and emit their scanning beams simultaneously in every direction.  Once these procedures are completed the patient would be allowed to leave the physician’s office, clinic, or hospital to go about his/her normal routine. The internalized BB would now move along with the natural peristaltic rhythms of the GIT and be naturally eliminated at the conclusion of the transit duration. The patient would then return to the facility in two or three days (contingent on the assessed GIT transit time) to have the PGDT patch removed.

During the designated scanning period, the PGDT will have been continuously uploading spatial data provided by the BB, which would then be interfaced with a computer via a USB port to stream all of this data to the PM software housed within the computer.  The data would now be translated to high-resolution 3D imagery on a display. The PM software would calculate BB orientation and would correlate the interrogating hits obtained within predetermined parameters to construct a cross section of the GIT to depict its internal topography. These digitized fragments would then be sequentially pieced together to form a seamless spatially accurate rendering of the system.

The excess fluoroquinolones (FQs) discharged into the aquatic environment due to human activities must be removed cost-effectively. In an article published in the Journal of Cleaner Production, the authors fabricated an environment-friendly dealkaline lignin-grafted Fe3O4 nanoparticles [...]

Light-controlled reactions at the nanoscale

Controlling strong electromagnetic fields on nanoparticles is the key to triggering targeted molecular reactions on their surfaces. Such control over strong fields is achieved via laser light. Although laser-induced formation and breaking of molecular [...]

A paper recently published in the journal Nature Communications demonstrated an effective method to realize on-chip nanophotonic topological rainbow devices using the concept of synthetic dimensions.​​​​​​​ Importance of Synthetic Dimensions for the Construction of Topological Nanophotonics [...]

Scientists are studying whether long COVID could be linked to viral fragments found in the body months after initial infection. In the chaos of the first months of the coronavirus pandemic, oncologist and geneticist [...]

Experts perplexed over number of people getting long COVID

Public health experts are divided over how many people are getting long COVID-19, a potentially debilitating condition that comes after a patient has recovered from the coronavirus. Ill effects from the condition can include [...]

Four strange COVID symptoms you might not have heard about

Well over two years into the pandemic, hundreds of thousands of COVID cases continue to be recorded around the world every day. With the rise of new variants, the symptoms of COVID have also evolved. Initially, [...]

A new method for exploring the nano-world

Drug resistance is a common phenomenon, with drugs becoming less and less effective as their usage increases. To address this issue, a novel technique employing conjugated polymer-based nanoparticles is presented in the study published [...]

Microrobots have the potential to revolutionize medicine. Researchers at the Max Planck ETH Centre for Learning Systems have now developed an imaging technique that for the first time recognises cell-sized microrobots individually and at [...]

Scientists have recently developed multifunctional hexagonal NaxWO3 nanocrystals that can serve as microwave sensitizers to kill cancer cells as well as improve the overall chemodynamic therapy (CDT). This study is available as a pre-proof in Chemical Engineering Journal. [...]

Apple’s visionary founder, the late Steve Jobs once said, “the biggest innovations of the 21st century will be at the intersection of biology and technology”. And that prediction is coming true in the drug [...]

Chemical separation processes are essential in the manufacturing of many products from gasoline to whiskey. Such processes are energetically costly, accounting for approximately 10–15 percent of global energy consumption. In particular, the use of [...]

Omicron relatives called BA.4 and BA.5 are behind a fresh wave of COVID-19 in South Africa, and could be signs of a more predictable future for SARS-CoV-2. Here we go again. Nearly six months [...]

Early detection of the SARS-CoV-2 virus (COVID-19) is critical to stopping the spread of this contagious disease. The current diagnostic methods for COVID-19 are expensive and difficult to handle. Hence, there is a need [...]

WHO data suggests richer countries have so far received 87 per cent of doses globally. Waiving patents on COVID-19 vaccines would remove "a legal hurdle" to companies and developing countries producing the shots and [...]

New estimates from the World Health Organization (WHO) show that the full death toll associated directly or indirectly with the COVID-19 pandemic (described as “excess mortality”) between 1 January 2020 and 31 December 2021 [...]

Cognitive impairment as a result of severe COVID-19 is similar to that sustained between 50 and 70 years of age and is the equivalent to losing 10 IQ points, say a team of scientists [...]