In a recent study, it was shown that people with long Covid have had physical changes to their brains several months after experiencing the initial infection. The study included MRIs of patients who continued to suffer from symptoms six months later, which showed clusters of mineral deposits in the brain linked to fatigue and headaches.

The changes in the circulation of tiny blood vessels in these areas can create changes in white matter. As a result, the brain finds it harder to transfer information, which can cause difficulties with memory, mobility and balance.

The Indian researchers behind the study have said it is the first study to reveal physical changes to the brain caused by Covid-19 although other studies have shown that it can cause changes to the heart, lungs and other organs, as per the Daily Mail. 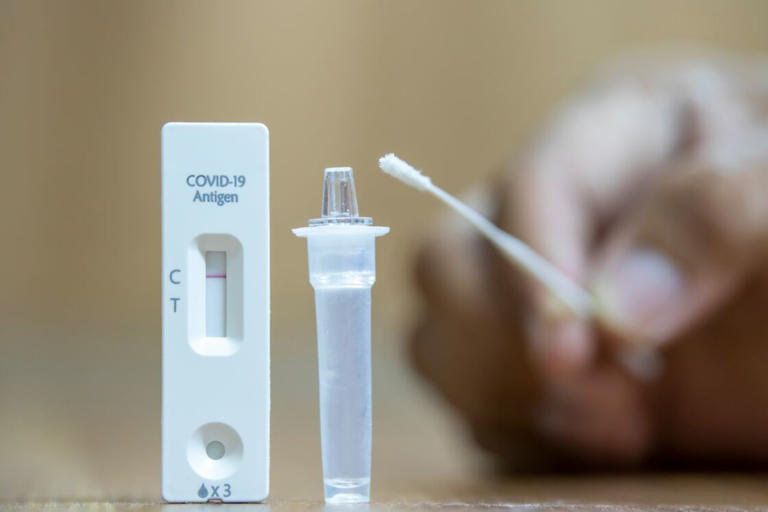 Long Covid is not a specific condition but rather an array of varying symptoms after you’ve cleared the initial infection. However, the NHS describes the most common symptoms as:

It has been estimated by the Center for Disease Control and Prevention (CDC) that one in five who have had Covid-19 will suffer from long covid to some extent and whilst there is ongoing research into the illness, there is still no known cure. Sufferers are mostly under the age of 50 and women are more likely to be affected than men.

What has been discovered in this new study is that MRI scans found deposits of calcium, iron and deoxygenated blood in the brainstem and frontal lobe of patients with long Covid six months after they had cleared the initial infection.

The scans went on to discover, according to Time:

They found that most of the people who had recovered from COVID-19 had changes in the circulation of tiny blood vessels in the frontal lobe and brain stem areas, which are involved in higher order cognitive skills such as language expression and voluntary movements.

They found that most of the people who had recovered from COVID-19 had changes in the circulation of tiny blood vessels in the frontal lobe and brain stem areas, which are involved in higher order cognitive skills such as language expression and voluntary movements.

Sapna Mishra, a PhD candidate at the Indian Institute of Technology (IIT) and one of the lead researchers of the study said ‘these brain regions are linked with fatigue, insomnia, anxiety, depression, headaches and cognitive problems’ as per the Daily Mail.

Studies will now focus on just how long these changes last and so will be looking at a larger time frame to find out if the effects are temporary or permanent.