Controlling the Size of Nanoparticles

Depositing nanoparticles using the NL50 is now simpler than ever with the pre-loaded optimized recipes for a variety of frequently used materials, including Au, Ag, Pt and Cu.

These optimized recipes generate high-quality nano-coatings with premium deposition rates for each material. Moreover, the NL50 also enables the user to vary the size distribution of the deposited nanoparticles by changing two simple parameters – the argon gas flow and the magnetron current (power).

Both the argon gas flow and the magnetron current influence the thermodynamics within the vacuum chamber. Modifying these parameters can either encourage or hinder nanoparticle growth, thus changing the range of nanoparticle sizes produced. 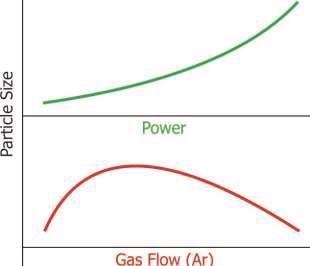 The Effect of Magnetron Current (Power)

The Effect of Changing the Ar Gas Flow

The effect of modifying the Ar gas flow is a bit more complicated. A rise in the flow of argon will increase the amount of sputtered material ready to form nanoparticles.

However, as the gas flow and pressure rise, the argon ions progressively cool (thermalize) the nanoparticles through inelastic collisions, thus inhibiting nanoparticle growth.

Therefore, it is not unusual to see both an increase and decrease in nanoparticle size with argon gas flow. While the change in behavior is dependent on the material, users are advised to experiment with the process conditions to identify the optimum gas flow and magnetron current for their specific material requirements.

Changing the Nanoparticle Size with the NL50

To adjust the process conditions, the user simply alters the gas flow or current in STEP 4 on the setup Wizard, as displayed in Figure 2. The result of changing the current or the gas flow on the nanoparticle size distribution is also shown for nickel in Figure 2. 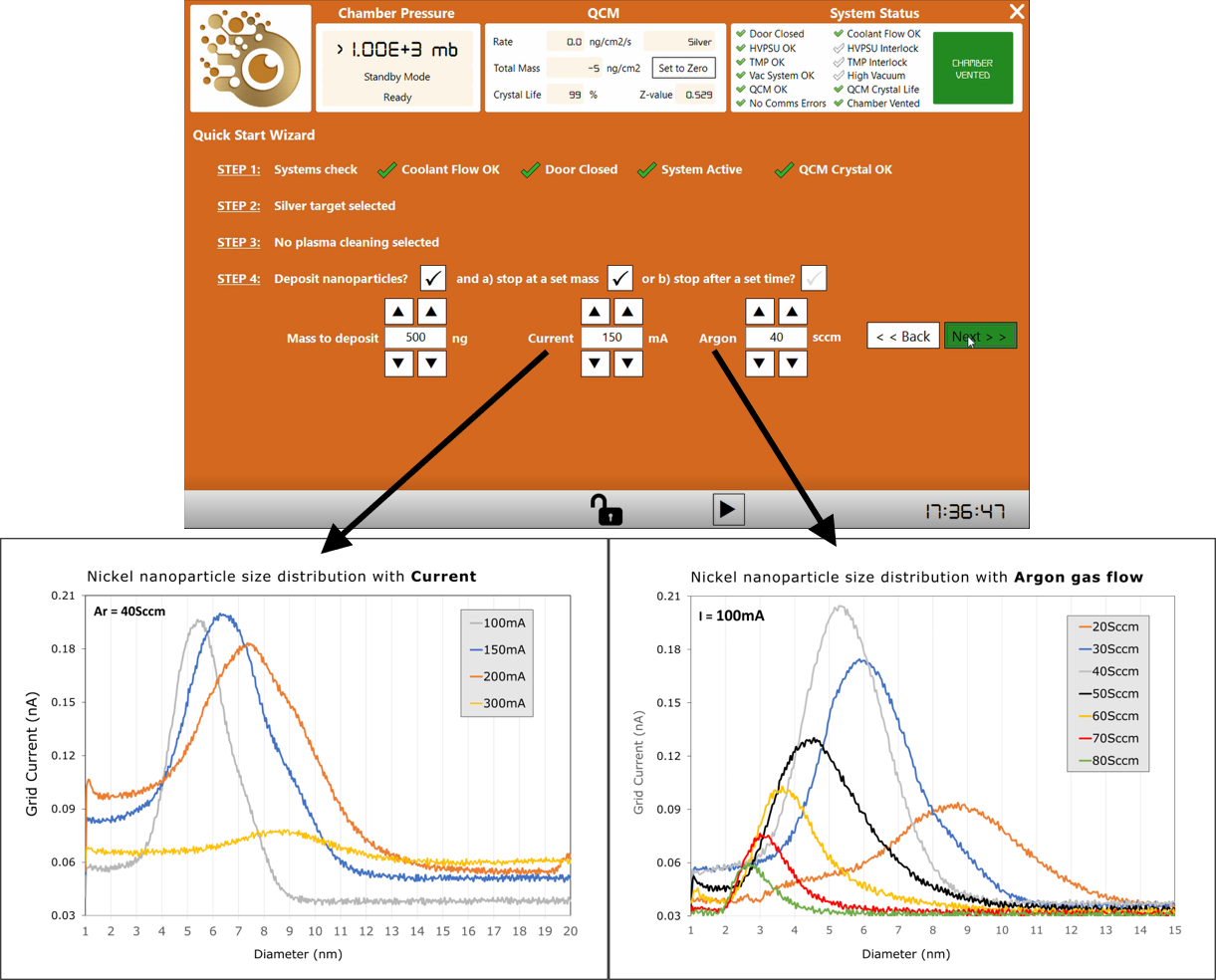 Figure 2 exhibits a change in the nickel nanoparticle distribution to larger sizes with increasing current, as anticipated in Figure 1.

The decline in signal witnessed at 300mA occurs when the plasma temperature produced at high magnetron currents is too great for maximum nickel nanoparticle growth, demonstrating that it may be necessary to make a choice between deposition rate and nanoparticle size.

The result of changing the Ar gas flow for nickel neatly demonstrates the competing processes of the increased formation of sputtered material for nanoparticle creation as Ar ions increasingly suppress nanoparticle growth.

Continuing to increase the gas flow results in a decrease in both the size and number of nanoparticles as thermalization of the nanoparticles becomes more dominant.

Methacrylate-based materials are often used in bone cement and dental resins. However, they have high failure rates as they undergo damage within ten years, impacting the quality of patient’s life and increasing healthcare costs. [...]

Early diagnosis of an infectious viral disease can help the patients and health care professionals monitor the outbreaks accurately and provide treatment at the early stage of a disease, avoiding any detrimental consequences. The [...]

A household microwave oven modified by a Cornell Engineering professor is helping to cook up the next generation of cellphones, computers and other electronics after the invention was shown to overcome a major challenge [...]

Nanopore sensing has emerged as a versatile approach to detecting and identifying biomolecules. Within this frame of reference, the fast-responding ionic current is considered an essential criterion for accurately measuring small objects with [...]

A plastic film that can kill viruses using room lights

Graphical abstract. Credit: Journal of Photochemistry and Photobiology B: Biology (2022). DOI: 10.1016/j.jphotobiol.2022.112551 Researchers at Queen's University Belfast have developed a plastic film that can kill viruses that land on its surface with room light. The [...]

Bone formation comes down to the nanowire

Nanotechnology that accelerates the transition of stem cells into bone could advance regenerative medicine. A nanotechnology platform developed by KAUST scientists could lead to new treatments for degenerative bone diseases. The system takes advantage [...]