Increased water consumption worldwide has resulted in low-quality water resources utilized for crop irrigation in the agricultural sector; however, these sources tend to be contaminated. New research published in the MDPI sustainability explores whether the addition of nanofertilizers can enhance these water sources.

Here, the team investigated the effects of nanofertilizers on saline water sources in tomato crops.

Owing to the extensive utilization of mineral fertilizers and pesticides, traditional fertilizers have produced several ecological threats, including food poisoning and soil deterioration.

Excess nitrogen in the air and water from fertilizers can cause respiratory problems, heart illness, and many malignancies, as well as hinder agricultural development and boost hypoallergenic pollen output.

Keeping in mind the low effectiveness of traditional fertilizer use (ranging from 20 to 40 %), a large proportion of these fertilizers eluted into aquifers and ultimately streams, causing financial damage, eutrophication, and public health complications. 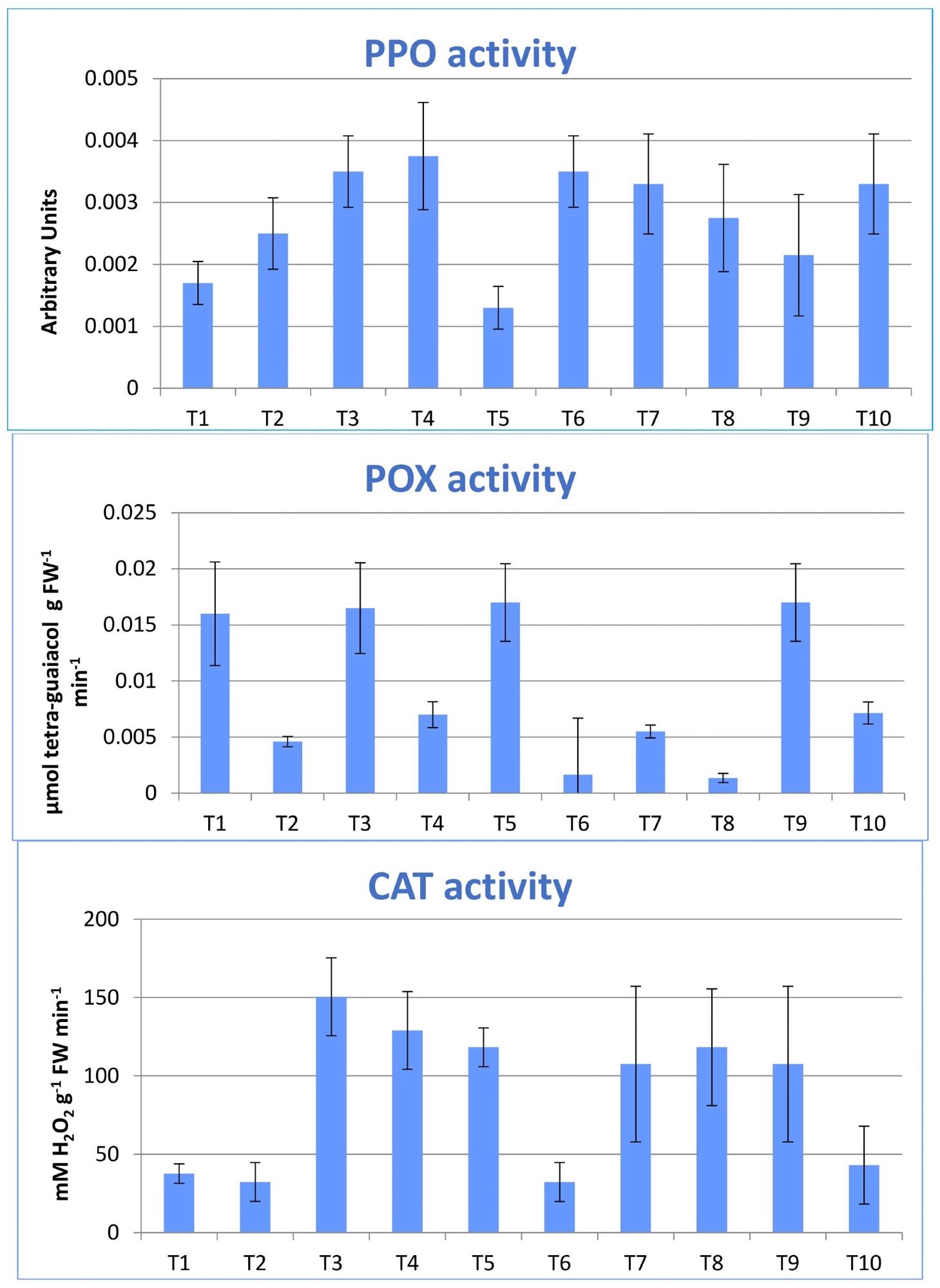 Figure 1. The impact of irrigation water at different quality on the antioxidant enzymatic activities in the presence of Se and Cu nanofertilizer including polyphenol oxidase (PPO), peroxidase (POX), and catalase (CAT). © Saffan, M. M. et al (2022).

Are Nanofertilizers a Viable Option?

Considering these limitations of conventional fertilizers, nano fertilizers are an advantageous alternative. Nanofertilizers are thought to be interesting substances because they exhibit the distinctive properties of nanoparticles at the nanoscale.

Many studies have found advantages regarding the usage of nanofertilizers on agricultural plants such as hay, soy, potatoes, maize, and oats. Benefits include improved quality of the fruit, production, and storability, as well as reduced nutrient leakage into the soil following harvesting of crops.

Iron, copper, selenium, and zinc are the most frequent minerals that are already used as nutrient-based nanofertilizers.

Why Quality of the Irrigation Water Matters?

Irrigation quality of water is a constraining element in the agriculture industry worldwide, with different irrigation water quality parameters such as salinity and sodium adsorption ratio (SAR), sodium, manganese as well as toxic substances.

When irrigation water has a high salt concentration and toxic substances, the water loses quality and accumulates in soil samples and produced crops. This problem has been exacerbated by the extensive use of wastewater in the cultivation of crops, which contains various toxins that may continue throughout the food chain.

Many substances, including hydrogel, biochar, and nanomaterials, have been used to purify water sources. Nanomaterials have been utilized to remove contaminants such as cadmium and chromium from polluted water; however, the usefulness of nanofertilizers in increasing the productivity of farmed plants watered with poor water quality requires additional investigation. 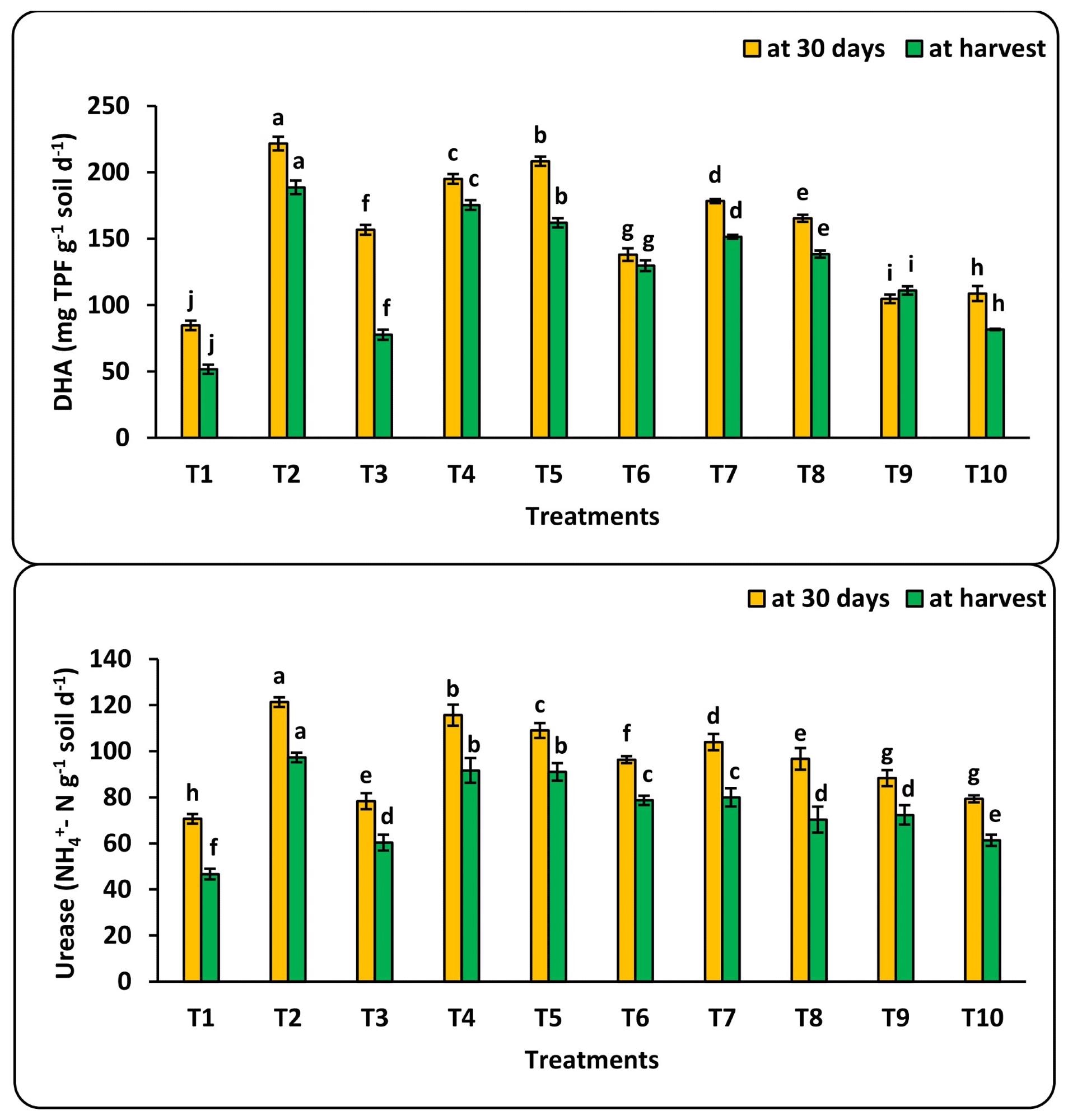 Figure 2. The impact of irrigation water at different quality on soil enzyme activities including dehydrogenase (DHA) and urease in the presence of Se and Cu nanofertilizer. Where triphenylformazan is TPF (for more details about T1 to T2, please refer to Table 2). Different letters in same column show significant differences between each group of treatments according to Duncan’s test at p ≤ 0.05. © Saffan, M. M. et al (2022).

Tomato plants (Solanum Lycopersicum L.) are regarded as one of the most important vegetable crops worldwide due to their great gastronomic and commercial importance, in addition to their nutritious significance. As a result of their high oxide concentration, tomatoes are naturally strong in antioxidants and may defend against prostate cancer as well as protect human skin from UV radiation.

This crop has a long growing season and high water demands, and it can yield under a variety of conditions, including salt stress, dehydration, copper neurotoxicity, and continual watering with salty water. As a result, the current study was designed to determine if nanofertilizers (Cu and Se), either individually or in combination, can reduce the influence of salty water on tomatoes’ productivity and quality.

Among all tested properties, the number of branches per plant was the only one that had a non-significant influence on vegetative development. The highest amount of fruit yield (2.07 kg plant-1) and total soluble solid content (9.24 %) was acquired under irrigated agriculture using low quality of water (IW3) and 100 mg L-1 of nano-Cu.

The highest value of vitamin C content (mg 100 g-1 FW) was achieved under fertigation using low water quality (IW3) and a combination of 100 mg L-1 of nano-Se and nano-Cu. Furthermore, the microbiological populations of bacterium, fungi, and actinobacteria increased after 30 days of transplantation and declined in all treatment at harvests due to the negative effect of poor irrigation water quality.

In short, the controlled utilization of bio-nano fertilizers was deemed successful in boosting the productivity as well as the quality of the produced crops.