Women in Tech 2018: What the Statistics Tell Us

From an article by Ludmila Morozova-Buss on TechNative:

Women have played a role in computer technology since its inception.

Many credit Ava Lovelace as the first computer programmer, in a time before computers even existed, and women from Grace Hopper to the women who worked with Alan Turing at Bletchley Park were key in the development and adoption of modern computing devices. However, the number of women working in tech dropped significantly after the 1980s, and the percentage of tech employees who are female lags far behind other fields, including business, law, and medicine. Still, there are signs of progress, and understanding the statistics pertaining to women in tech is essential for understanding the problems and addressing them.

PwC recently looked at the role of women in tech in the UK. In STEM fields, women accounted for only 15 percent of employees. More distressingly, there are few signs that this number will rise without extra action, as only 15.8 percent of undergraduates in STEM fields are women. Leadership examples can be key toward encouraging more participation among women, yet only five percent of leadership positions in STEM fields are held by women. In PwC’s report “The Female Millennial — The New Era of Talent,” researchers found that young women want to work with employers with a strong history of inclusion, diversity, and equality. Many women see the low number of women in tech and choose to enter other fields.

The PwC reports highlights the problems these disparities create for UK companies. Two-thirds of CEOs in the UK claim to have difficulty hiring people with digital skills, a numbers that significantly exceeds the 43 percent of CEOs who claimed the same in the US and the 24 percent of CEOs in China. Countless studies have shown a shortage of tech workers in the UK and around the world, and this number will only rise. Increasing the number of women entering tech is perhaps the most powerful tool for alleviating this burden. 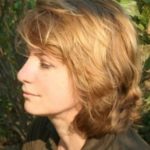 Brain stimulation paired with a nose spray comprised of nanoparticles can increase recovery after ischemic stroke in an animal model, according to scientists from Xi’an Jiaotong-Liverpool University and other universities in China. The nasal spray is [...]

The race to fight the ‘superbugs’ – the next global health threat

Increasing drug resistance could leave us powerless to fight infections we now consider routine, and scientists are urgently searching for answers. It was just a urinary tract infection (UTI). Helen Osment, a fundraiser from Hertfordshire, had [...]