Should we be prepared to change the population composition of a species in order to wipe out a disease that is a terrible burden to mankind? During a well-attended working breakfast organised by the European Parliament’s Panel for the Future of Science and Technology (STOA) on 19 March 2019, experts and citizens delved into the case study of eradicating malaria by applying gene-drive technology. This genetic tool could enable us to suppress mosquito populations that transmit malaria by reducing the number of females. This would be done by introducing in some mosquitos a genetic mechanism that easily spreads – ‘drives’ – through the whole population over generations.

The purpose of the event was to gain insight into the science and ethics of gene-drive technology, and of genome-editing technologies in general. The meeting was chaired by Kay Swinburne, (ECR, UK) a STOA Panel member, who underlined the importance of invigorating public debate on such technologies in her opening statement. With more than 200 million cases of malaria each year worldwide, of which over 400 000 are fatal, no one doubts the importance of fighting this disease. This, as Kay Swinburne explained, makes the case less controversial than, for instance, human genome editing, and therefore it provides a good opportunity to focus on understanding the benefits of genetic technology. Such an understanding, combined with knowledge of the risks and concerns, and with awareness of different stakeholder perspectives, should help policy-makers anticipate the application of genome-editing technologies. With three expert presentations and a debate, this event provided input on all these fronts.

First, Jens Van Steerteghem, of KU Leuven, and a former STOA trainee, gave the audience a technical overview of gene-drive technology in the context of eradicating malaria. His presentation was based on a scientific briefing that was used in a preliminary foresight analysis project on gene drive and malaria. This project aimed to map the potential societal impact of gene-drive technology and exposed the need for a general risk assessment framework for biotechnological applications. Jens Steerteghem explained how the number of female mosquitos would be suppressed if the gene-drive method were applied: by introducing in males a gene on the Y chromosome that cuts their X chromosome, so that they only pass Y chromosomes to their offspring. This offspring are consequently exclusively male, and additionally carry the new gene on their Y chromosome.

Delphine Thizy, Stakeholder Engagement Manager with the non-profit research organisation Target Malaria delivered the second presentation. This organisation is developing the gene-drive technology method to reduce malaria. Delphine Thizy described the current state of the research at her organisation, commenting that only in September 2018, their team published a paper on a successful eradication experiment on a mosquito population in a containment cage. She also addressed some of the misconceptions and concerns she hears when explaining Target Malaria’s plans. These worries are expressed both by citizens in Western countries but also, and more importantly, from stakeholders in countries in sub-Saharan Africa that suffer from malaria. People question, for example, if the targeted mosquito species are crucial pollinators, or if the reduction of mosquitos would disturb food chains. For both cases, she indicated that there is no need to worry: the targeted mosquitoes are not known to be pollinators and just three mosquito species would be targeted out of 830 species in Africa alone. 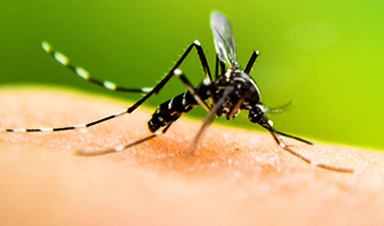 NanoApps Medical, Inc. (Vancouver, Canada) is working to develop a point of care diagnostic nanobiosensor platform for the detection of Malaria via saliva samples, which may be reconfigured to detect Ebola, and Zika. The use of this nanobiosensor will be far less invasive and safer than through the extraction of blood samples, while conveying more rapid results. The current gold standard for the detection of Malaria is blood smear microscopy, the results of which may take from many hours to several days to determine. This test also has the requirements of technical expertise in blood sample preparation, and a trained microscopist. Hence, the proposed nanobiosensor would be a significant improvement in terms of expediting and simplifying the diagnosis of Malaria, Ebola, and Zika in that it would be easy to administer, and provide rapid and clearly understandable results.
Read more