What are Circulating Tumor Cells?

Metastasis is a very significant factor in cancer progression and with this comprising cancer-spread into secondary sites from the primary site, it can result in cancer-related mortality as well as approximately 90 % of treatment failures. However, the advancement in biomedical research for detecting cancer formation and metastasis at an earlier stage would enable earlier excision of tumors and reduce mortality rates.

Circulating tumor cells (CTCs) hold an important role in metastasis, as these cancer cells are released into the bloodstream from the primary cancer site.  However, while there is a large number of CTCs are released into the circulation, most are eliminated in this area, while a limited number survive and invade organs causing metastasis of primary cancer. Additionally, only a small number of CTCs can be detected in the blood as most escape immune surveillance. 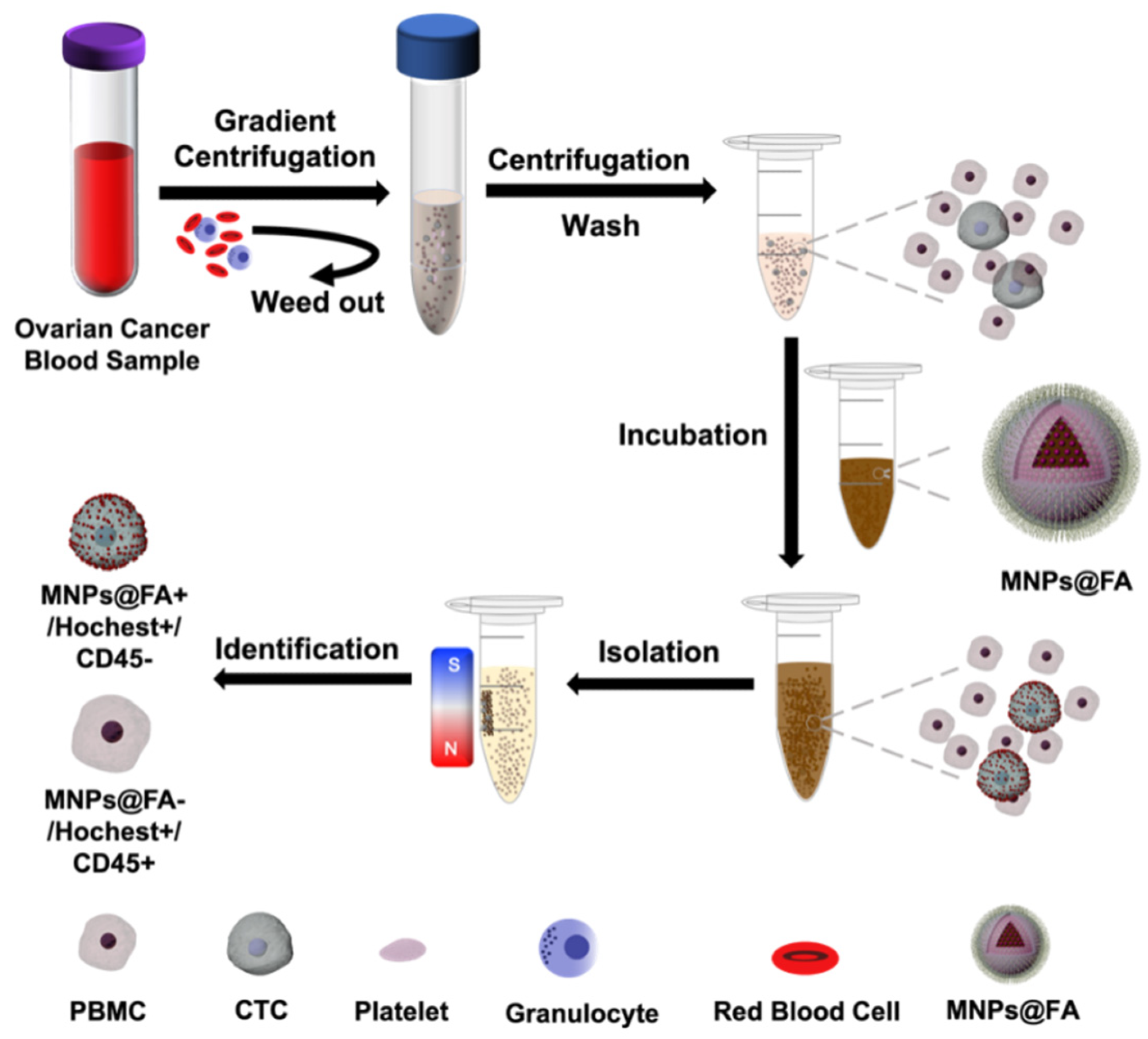 The significance of CTCs lies within their use as a biomarker for possible detection of cancer; this would enable earlier diagnosis of the disease and aid in comprehensive treatment plans for physicians.

As CTCs are derived from the primary tumor mass, they hold genetic information. Their entrance into the circulation at an early stage of malignancy enables their use for diagnostic purposes.

This has led to research focusing on capturing CTCs and isolating them for further analysis, an approach that could potentially be an alternative to invasive biopsies used for diagnosis as well as within a therapeutic strategy in order to monitor treatment efficacy and guide prognoses.

However, the challenge of detecting CTCs as well as isolating them is still high for researchers. 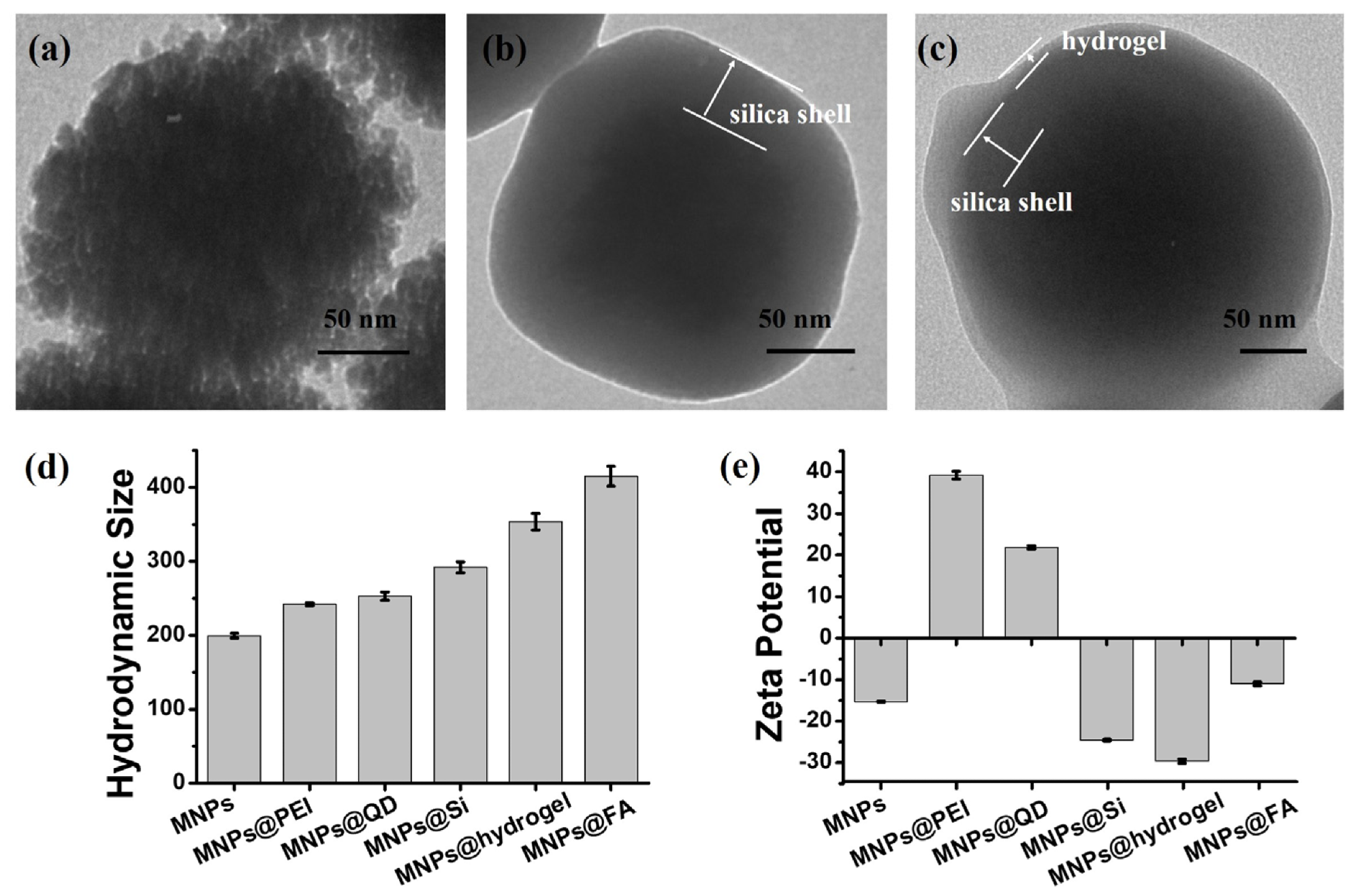 Figure 2. Transmission electron microscope (TEM) images of (a) MNPs@QD, (b) MNPs@Si, and (c) MNPs@hydrogel. Comparison of hydrodynamic size (d) and zeta potential (e) by the DLS and zeta potential measurement for the nanoparticles with different modifications. All data are expressed as the mean ± stand deviation, n = 3. © Pan, Y., et al (2022)

Innovative researchers have developed a simple and cost-effective approach for isolating CTCs from ovarian cancer samples. This is significant as this type of cancer is considered to be one of the most dangerous diseases found in women worldwide.

The team’s strategy consists of using folic acid alongside a nanotechnological component consisting of fluorescent magnetic nanoparticles that are modified with an antifouling hydrogel. This experiment utilized fluorescence through quantum dots which were constructed on iron oxide nanoparticles (Fe3O4) and the folic acid was utilized for specific capturing of CTCs.

The hydrogel utilized illustrated effective antifouling characteristics against peripheral blood mononuclear cells (PBMCs) and the use of this strategy resulted in efficient capturing of SK-OV-3 cells, with a 95.8%. Additionally, this simple but effective approach was able to isolate 2–12 CTCs from 10 blood samples belonging to ovarian cancer patients. 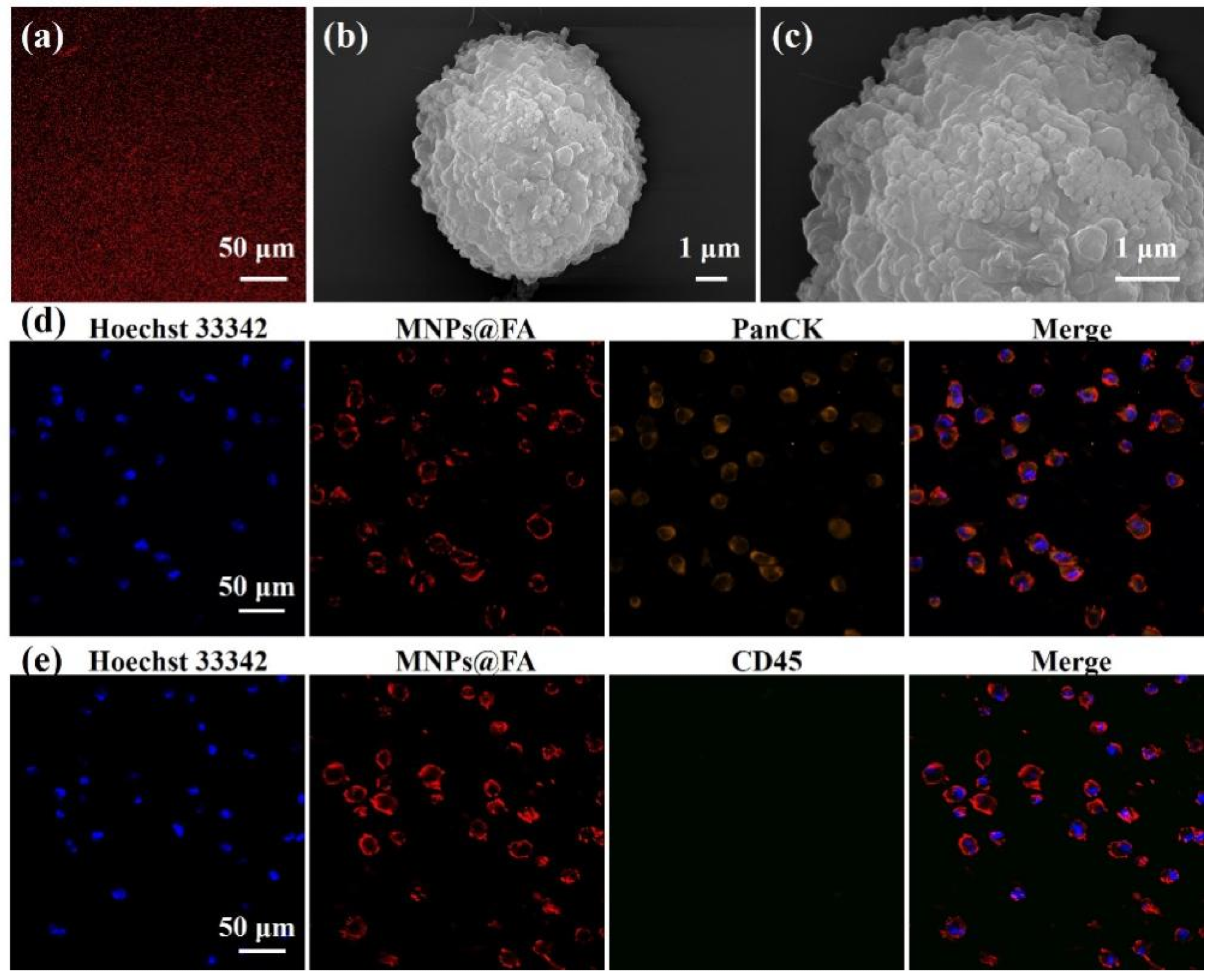 The researcher’s innovative approach to using circulating tumor cells for early diagnosis of cancer such as for ovarian cancer may be revolutionary for the field of cancer research, as this type of cancer is known as the ‘silent killer’ and is usually lacking in symptoms until a late stage. Most women with this form of cancer progress into the advanced stages without many symptoms and this can result in ineffective treatment, poor prognoses, and high mortality rates.

Ineffective treatment for ovarian cancer is an area of cancer research which requires further investigation, as surgical procedures do not always have the ability to remove the metastasized tumor and with chemotherapy resistance and recurrence, the survival rates of advanced ovarian cancer is devastatingly poor.

The use of an innovative approach, which enables early diagnosis of an almost symptom-less cancer, can be an effective strategy to make informed decisions about a patient’s treatment plan, while also increasing prognoses and survival.

There are still challenges to this research, such as the volume of blood samples that may be required for the detection of CTCs, and for further analysis of the CTCs themselves, innovative strategies such as cell culture may be required, as opposed to further blood samples. The translation of this research is still under way with the optimization of this application within a clinical setting still being evaluated as a focal point for researchers. However, this development is promising for the future of cancer therapeutics, not only for ovarian cancer, but other high mortality cancer types.